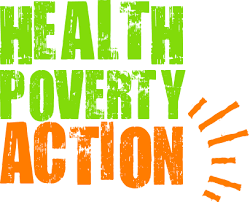 Health Poverty Action (HPA) with funding from the Department of International Development (DFID) for the implementation of SHINE project hereby requests proposals (technical and financial) as specified in the the Terms of Reference (ToR).

Somaliland has had to endure a long spell of absence of information on the population of regions, districts, villages and important characteristics of the Somaliland people. The last information available on population is from a census conducted in 1975, which published limited results. The results from another population census conducted from 1985 to 1986 were never released into the public domain. More recently, UNDP 2005 was one of the only available population estimated data from regions of Somaliland which was used for almost a decade until the 2014 UNFPA population estimation survey (PESS) which is the only population reference available to Somaliland, going up to the level of health facility catchment populations. The reason PESS was conducted in 2014 was when many humanitarian agencies made several attempts to compile reliable data on population and socioeconomic statistics, such efforts collected data limited to thematic data sets. To fill this crippling gap, the Somaliland authorities decided to carry out a survey to collect information on its population among other details. The United Nations Population Fund (UNFPA) partnered with donors and other UN agencies and took the lead to support the Somaliland authorities in undertaking the Population Estimation Survey.

Social mapping was one of the strategies of the EPHS program to get some details of catchment populations of all primary health care centers especially for PHUs and HCs back in 2016. Social mapping is a visual method of showing the relative location of households and the distribution of people within the communities. This is a kind of identifying households living in a certain place, their total number, children under 1 year and children aged 2 to 5 years as well as pregnant women at certain point of time and it is crucial to define the catchment population of each health facility. After capturing the details, the head of village or district with the help of Health Centre Team Leader will update this data in the future.

In general, social mapping was far better in giving better estimates on the number of under 1 and under 5 children, pregnant women, in the catchment populations of all rural health facilities in Togdheer region than the PESS estimations.

This exercise also creates a Social Map which is a cartographic representation of the district or village showing the location of main social infrastructure like health center, school, police station, water points, and other important buildings and features like roads are shown. This map will be created by a committee selected from each village and will be drawn by two members on a white paper. Later, a computerized form of the map will be developed which will be shared to all respective stakeholders.

The request for tender (RFT) documents can be downloaded from http://www.healthpovertyaction.or.ke/procurement

Applications should be sent to slvacancy@healthpovertyaction.or.ke no later than 14th May 2020, 1600Hrs East Africa time. Please specify the RFT number, SOM-SHINEUNICEF-090420-1, on the email subject line.

If you have any questions please email m.hamud@healthpovertyaction.or.ke quoting reference SOM-SHINEUNICEF-090420-1