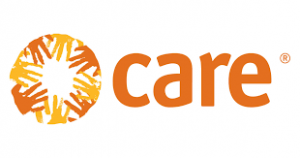 As per the grant agreement, CARE Deutschland e.V. and CARE International Somalia/Somaliland have agreed with the donor to carry out an external (independent) audit for the project implementation period from 08/06/2016 to 31/05/2019.

The Auditor has to be member of an internationally-recognised supervisory body for statutory auditing, and to provide documentary evidence to this. The Auditor will work mainly at Hargeisa. The auditors will make field trips to the respective target sites/beneficiaries when needed. The Auditor should be available to provide comments on donor questions after submission of the final report.

The Auditor should examine the financial statement on the basis of the audit plan and verify its compliance with the grant and donor conditions in order to issue an auditor’s report. The auditor should request a letter of representation from the grant recipient’s management stating that, to the best of its knowledge, the financial statement encompasses all transactions and receipts, is accurate and complete in every respect and that all grant conditions have been met. The Auditor should ensure that the audit file contains sufficient documents of an appropriate and relevant nature and should record the audit procedures used and the results obtained in the file. If the grant recipient has contracted out some of the activities covered by the grant, the auditor should establish whether checks have been made regarding the implementation of these activities and associated charges.

OBJECTIVE OF THE AUDIT

The audit shall give an opinion on the financial statement, in particular whether it represents a true and fair view of revenue and expenditure in agreement with the conditions laid down in the BMZ donor regulations and the specific grant agreement.

The BMZ donor regulations regarding audits include but are not limited to:

1.) Verification of revenue (received) and expenditure incurred (paid) on a Cash Accounting Basis according to FIFO principle.

3.) Verification and presentation of expenditure in spending currencies vs EURO and all related exchange processes

The auditor shall produce a draft report, including a project expenditure report in the donor format (as described in ‘Annex 2, B. Quantitative documentary proof’), and a Management Letter outlining any finding in detail. Upon completion of the audit (i.e. after responding to the potential donor or organisation comments), the auditor shall produce five originals of the final audit report in English.

The auditor should draw up an audit plan which should include an examination of the organisation’s administrative and internal control structure, an analytical review and a substantive investigation, including verification of compliance with all grant conditions.

The auditor shall structure his auditor’s certificate according to the quantitative documentary proof of the statement of application of funds (Annex 2). He must record the commissions and documents which make up the terms of use made available on which the audit is based.

The final auditor’s certificate must contain the following (minimum requirement):

“We hereby certify that we have audited the statement of accounts of (name of the project-executing agency in the developing country) in respect of the financing of the project (name) on the basis of the following terms of use made available to us (list of commissions and documents). To this end, we have inspected the books and vouchers and report that:

1. Proofs of receipts and expenditure have been properly furnished in the form of vouchers.

2. The expenditures, for which evidence has been supplied, are in keeping with the appointed purpose as set out in the Financing Plan. Any deviations from the Financing Plan are described and explained separately.

3. The amount and origin of documented income which is accounted for as counterpart contributions made by the project executing agency, the target group and/or other agencies in the project country have been specified.

Expenditure which exceeds the budget appropriations by more than 30% shall be explained separately, if the approval of the BMZ has not previously been obtained.

In case of a qualified auditor’s report, the auditor should indicate (in the Management Letter):

CARE/BMZ reserves the right to review the audit. The auditor concerned should assist this review and supply the reviewer with all relevant documents relating to the audit.

The audit firm must keep an orderly and accessible audit file. It should keep the files for a period of seven years from the date of the submission of the audit report to the donor.

The draft audit report and the management letter shall be forwarded to Care International Somalia/Somaliland on or before 07/02/2019.

The final audit report and accompanying information will be submitted directly to CARE International Somalia/Somaliland on or before 17/02/2020.

All applications are expected to submit their technical, financial applications, updated CVs of individuals to conduct the service or profile of applying company and other required documents to: SOM.Consultant@care.org. Please indicate “ToR For Conducting an external audit for a BMZ funded project” as the subject heading not later than 16th January 2020.

This job has expired.